Goodbye John Boehner. Your failures as a leader cement your troubled legacy. Be proud. Embrace the suck.

"Last night I started thinking about this and this morning I woke up and I said my prayers -- as I always do -- and I decided today's the day I'm going to do this. As simple as that,” Boehner said during an emotional Capitol Hill press conference a day after he had a moving encounter with Pope Francis. - CNN

I wonder if his tear-fill moment with the Pope Francis had anything to do with it?

Email ThisBlogThis!Share to TwitterShare to FacebookShare to Pinterest
Labels: Politics

Hypocrites come in uniform too

The 27-year-old married father of three posted explicit material to the Kik chatroom #toddlerf**k while stationed in his police vehicle on patrol on the overnight shift beginning on July 23, according to an affidavit.
- via NY Daily News

Cops, teachers and pastors… who can we trust?

Email ThisBlogThis!Share to TwitterShare to FacebookShare to Pinterest
Labels: Atheism, The Atheist Blogroll

Does Caroly Fiorina’s lie count? I say lie, but lies is more accurate. During the GOP primary debate on September 16, 2015, Fiorina slams Palnned Parenthood by describing a video she watched where an aborted fetus was kept alive for the harvest of its brain. The video she describes does not exist. She is lying. She went on to repeat the lie in subsequent interviews, and finally, a super-PAC backing her candidacy, created a video to backfill her story. Does her lie matter? I say yes.

Her lies pander to the worst in American politics; those who will do anything to further an agenda. Those who will fabricate false videos, plant misleading stories, harass patients, bomb clinics and kill doctors. Fiorina enables hate with her words and disqualifies herself from any chance at leading our country. She is poison. Her words venom. He mission corrupt.

Pastor pays for sex with teen. I care.

This story is from Florida (of course). Baptist pastor Aramis Bettis was arrested for sexual assault, obscene communication, traveling to meet a minor and unlawful use of a two-way communication device. His victim was a 17 male who Bettis alleged paid for sex. Or more accurately, Bettis paid $100 to see the boy’s junk and another $500 to perform oral sex.

This guy… this baptist pedophile pastor… this creep… He worked at St. John Divine Missionary Baptist Church in Milton.

The 10 commandments mean nothing to Kim Davis

It is simple really. Though shall not lie. God does not allow an exception to stop gay marriage. It is black and white. Yet Kim Davis appears to have a special dispensation.

Lawyers for couples suing Davis have said that since her return to work, the Rowan County clerk has interfered with the issuance of marriage licenses in violation of orders by U.S. District Judge David Bunning’s in Louisville.

An attorney for Davis has said she has made a good-faith effort to comply with Bunning’s orders. She has said licenses granted by her staff are invalid because she has not given them that authority.
- via www.rawstory.com

Pastor Mack Charles Andrews allegedly raped a girl on her fathers grave. She was nine. He used tools to open her up so she could take a man.


"He told me if I didn't say anything, he would come back and put flowers on the grave," Jane said. "If I did, he said demons would come and get me from my bed."
- via AL.com

The church was so ashamed of Andrews that they changed their name to hide any affiliation. Victims stayed on though. That’s what happens in a cult.

Note to self, hire no one from Alabama

If your state puts stickers in your textbooks telling you to ignore scientific fact, don’t complain when you end up working for Taco Bell.

This week, Alabama made headlines for revising its state science education standards. For the first time, teachers in the state will be required to teach evolution and the fact that humans contribute to climate change. But buried in that news was acknowledgement of a “sticker” that the state requires be placed on its biology textbooks, telling students that evolution is a “controversial theory,” not a fact. - Rawstory

The original article is worth a read, unless you are from Alabama. I’d just skip it and read a pop up book. 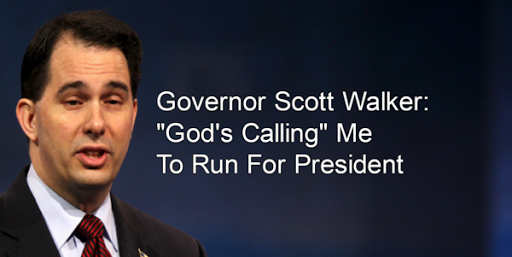 I hear Rick Santorum is next.

I knew it! Lefties are evil and if you don’t believe me just ask the Pre-K teacher at Oakes Elementary school in Okemah, Oklahoma.


A 4-year-old was allegedly forced by his teacher to write with his right hand, even though he’s left-handed.

The child was sent home with a letter about how left-handedness is often associated with evil and the devil.
- via KFOR.com

The devil is often depicted as left-handed, therefor, I am forcing all left-handed children to use their right hand to write, said the worst excuse for a teacher ever.
Posted by Mojoey at 6:03 AM

So Dawkins is an idiot

Dawkins did not dispute that Mohamed should not have been arrested, but questioned whether the boy had truly “invented” the clock, as has been reported. He tweeted : “If this is true, what was his motive? Whether or not he wanted the police to arrest him, they shouldn’t have done so[.]”
- via www.rawstory.com

Who actually thought that Ahmed Mohamed invented anything? We all winked, thought it was cute and then dismissed it with a good laugh while shaking our heads and saying, “Kids.” We’ve all been there. I invented a paper airplane back in middle school. The school even allowed me to patent it. Of course Ahmed did not invent anything, but who needs to point that out? Only the idiots among us it seems.

So Dawkins is an idiot
2015-09-21T19:02:00-07:00
Mojoey
Atheism|Culture|
Comments
Email ThisBlogThis!Share to TwitterShare to FacebookShare to Pinterest
Labels: Atheism, Culture

Attending church does not make one holy

If one is unfortunate, it can lead to bullet holes.

A man is in custody after he allegedly shot his girlfriend, his baby boy and a preacher at a church in Alabama this morning, police said.

The alleged shooter, identified as 26-year-old James Junior Minter, entered the Oasis Tabernacle Church in East Selma and sat between a woman and an infant in the front row, according to the Selma Police Department.

Over visitation rights… James Minter shot his baby in church. Who does that?

Ben Carson is a no

Nor would I advocate voting for a Republican at this point.

I think Scott Walker is done.

I hope this is the last we hear of this lowbrow tool.

Boy takes down hate preacher in the most Scottish way possible

Hey, my choice of titles of deliberate. What else do you call two Christian Republican Party elected politicians who cover up an affair with a vicious lie? They are rutting, they are Christians, they are elected officials and most notably, they are lying scumbags. Michigan state Rep. Todd Courser (R) and Rep. Cinday Gamrat (R) are no longer elected officials. Courser resigned and Gamrat was expelled. I say good riddance to both of them.

Courser's alleged extramarital affair with Gamrat was exposed by the Detroit News in August after Courser reportedly asked one of his aides to leak that Courser was spotted with a male prostitute. Courser later claimed that he faked the gay sex scandal to expose blackmailers.

The Michigan House disciplinary committee recommended on Thursday that both Courser and Gamrat be expelled for their roles in the affair and cover-up, prompting a lengthy debate on the state House floor.
- via Talking Points Memo

It is justice of sorts. I’m sure they’ve asked for forgiveness though, so it’s all good. Gamrat is still in a state of denial though. As a Christian who ran on social conservative platform, how can she think that having an affair (she is married and her Christian lover is also married), plus lying about the affair in a vicious an horrible way, makes her qualified to represent her conservative Christian constituents? She failed the trust test. The fact that she does not see that is mystifying on one level and expected on another. She is more interested in making sure other people do what she thinks is the moral thing. Those rules do not apply to her.

Don’t get me started on Courser… what an ass.

It’s warped my thinking about politics. I think of the presidential candidates as pastors now and we are their flock. It’s one of the many reasons I do not go to ‘church'.

It’s also hypocrisy. I think it is time to dip my toe in politics. Left or Right… It does not matter. I’m calling you out for the bad ideas and the faith-based solutions that perpetuate hate. We all should do the same.

We hope the corporations act responsibly. With Jared Fogle and Subway, I think we can assume that acting responsibly was not a factor.

Subway spokeswoman Kristen McMahon said the company received the "serious" complaint in 2011 from Rochelle Herman-Walrond, a former journalist from Florida who revealed publicly to WWSB-TV in Sarasota last month that she also took her concerns to the FBI and secretly recorded her phone conversations with Fogle for more than four years to assist the agency's investigation.
- via kansascity

In business it’s all about process can consistency. Did Subway have a process to investigate these types of allegations and if the answer is yes, then why did they neglect to follow it? When I run a few possible scenarios through my mind where Subway ‘handles’ the allegations, the voice in my head sounds like Mr. Burns.