My body, here in your flesh

Oh Indiana, how big is your failure?

Dear Christians In Indiana (and those elsewhere, who might read this),

I’ve seen what’s been going on there lately. Actually, I’ve been watching you all along and I really need to let you know something, just in case you misunderstand:

This isn’t what I had planned.

This wasn’t the Church I set the table for.

It wasn’t the dream I had for you, when I spoke in those parables about the Kingdom; about my Kingdom.

It was all supposed to be so very different.

A letter to Christians in Indiana from Jesus by John Pavlov

The good Christians I know, and there are a lot of them, are horrified at what is happening in Indiana. I ask that they speak out. Some do. Thanks John Pavlov.

My body, here in your flesh
2015-03-29T11:24:00-07:00
Mojoey
Comments
Email ThisBlogThis!Share to TwitterShare to FacebookShare to Pinterest

There has always been an undercurrent to the Ted Cruz narrative that bothers me. I think it is my skepticism regarding religious men who mask their religiosity behind political rhetoric. Cruz does this well. I know Cruz is a religious man. His father is a pastor and often refers to his son in overtly religious terms. The most troubling is Ted Cruz as an anointed end times leader, who will transfer wealth to the righteous (Video). America does not need an apocalyptic end times religious fanatic in a position of power. We can already see the results of allowing him in the Senate.

Cruz is a man on a mission from God, and not in a Blues Brothers kind of way. He means to push his agenda down our (and I mean everyone here) throats. We should fear him and fight him and his cause at every opportunity.

Jarret Ruminski wrote on this in Salon.

Cruz’s White House run is disturbing, and not just because it involves Ted Cruz. Rather, he embodies the modern conservative propensity toward a fundamentalist American civil religion and its attendant, overly simplistic myths.

Part of the fight involves an uncomfortable narrative. America is not the shiny city on a hill. We are a powerful nation for sure, but in may respects, we are a nation in trouble. We don’t live as long as other developed nations, we kill each other with abandon, we imprison way to many people, our education system is in trouble so our kids will find it hard to compete, plus, we live with a declining manufacturing base, which kills our middle class and pushes people into long-term service sector jobs. There is nothing moral about America. Moral nations are a myth. Cruz would feed us the theory of American exceptionalism as if it were inscribed in the bible by the hand of God. It is the path to ruin.

I’m not a country music fan, but I can see why people would like Girl Crush by Little Big Town. Apparently the song, which is not gay themed, confuses Christian country music fans and the complained about it promoting the gay agenda. As a result of the pressure, country music stations are pulling it from rotation.

I feel sorry for America. We deserve better.

I don’t think I need to say another word.

I'm not a victim Phil Robertson

In Phil Robertson’s twisted mind, the only way one can be good is if one follows his faith and his interpretation of its dictates. As atheists, we are assumed to be without morals. We all know this is crazy. But he says it while pandering to a bunch of Christians, and they lap it up.

“I’ll make a bet with you,” Robertson said. “Two guys break into an atheist’s home. He has a little atheist wife and two little atheist daughters. Two guys break into his home and tie him up in a chair and gag him. And then they take his two daughters in front of him and rape both of them and then shoot them and they take his wife and then decapitate her head off in front of him. And then they can look at him and say, ‘Isn’t it great that I don’t have to worry about being judged? Isn’t it great that there’s nothing wrong with this? There’s no right or wrong, now is it dude?’”

I’m no victim Phil. Your fantasy actors would find a big scary man ready to give as good as he gets. And, I’d have no trouble judging your behavior and heart. In fact, I can do it now. Your heart is black. Your behavior is reprehensible and counter to the message of Christ.

I wish I had thought of the line, “Worst Ted Talk Ever!” The credit goes to Liberty University student who like every other student in the audience was forced to attend Ted Cruz’s speech. My original title was more direct, “First fucker in the Republican short bus.” I liked it.

The twitter hashtag #TedCruzCampaignSlogans is hilarious and spot on.

My dad's Cuban, I'm Canadian, Vote For Me Because Jesus.

Winter proves there is no global warming

I call him the Do Nothing Senator from Baptististan. The man is unelectable and a fool to boot. He gets his name in print today because he fears becoming irrelevant. He wants attention. He craves the spotlight. He is not the best that the Republicans have to offer. Almost anyone, except Scott Walker, is a better choice. His speech was… forgettable.

Why would anyone want to do this? My politics tell me that the free market should dictate access to medical care, but reality tells me the free market cannot be trusted to care from my 80 year-old mother, or yours. Figure out how to make it work rather than tearing it apart.

For a presidential candidate, Ted Cruz shows little understanding of politics. Tell people you will take their medical care away and they will show you the door. It’s that simple. Ted Cruz has no chance.

On the other hand, he may offer comic relief.

Religion on a flight to Dallas

She read a passage from the New Testament to me before we took off. 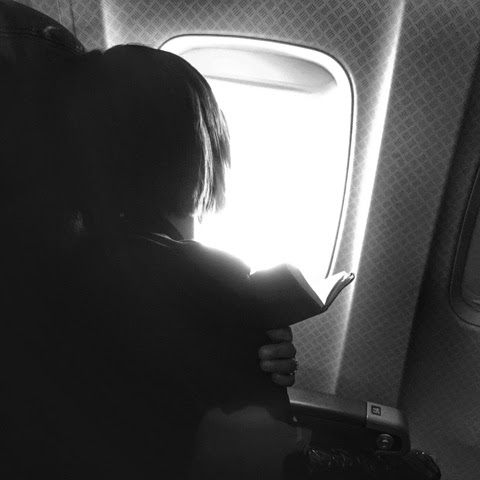 Religion on a flight to Dallas
2015-03-08T09:26:00-07:00
Mojoey
Comments
Email ThisBlogThis!Share to TwitterShare to FacebookShare to Pinterest

I conducted a small social experiment while visiting Ft. Worth last week. I took note of how many people mentioned religion to me in some way. By my count, I spoke to 33 people while in Texas. I’ve excluded store clerks and such, although two clerks talked about their faith in a small way. Of the 33 people I spoke with, 24 spoke about religion, church or my preferences for attending church. None asked if I were a believer, I think the default position is an assumption of belief.

I should qualify that I was in town for a funeral and that the majority of people I spoke with were also in town for the same event, so religion was bound to come up.

I should also say that I only told one person that I was an atheist. He was the pastor at my father’s funeral service and appeared to be a decent fellow too. He asked if I was a pastor because of how well I spoke at the service.

While checking in at my hotel I was asked if I would like directions to the local churches. I declined, but was told that a local baptist church had an outreach ministry focused on truckers that I might find uplifting.

While sitting alone in a Starbucks in Fossil, I made eye contact with two women and smiled. The contact was incidental, but they took it as an invitation to join me. We talked for perhaps three minutes about the weather and about the reason I was visiting before they asked if I needed to talk to a pastor. I thought the offer was kind. They gave me a number to call and invited me to a church service on Sunday if I were still in town.

While having dinner on my first night in town I was asked to join a family in prayer over their meal. I was alone and they were the only other people eating at the Texas Roadhouse. Our food came out at the same time. I already had a spoonful of chili in my mouth when I declined. They were friendly folks. We talked some during the meal and they eventually invited me to church if I were still in town over the weekend.

The not so odd stuff

In some way, in almost every conversation, the subject of attending church came up. Be it the person who talked about last Sunday’s sermon, or the person referring to her disappointment at not being able to connect with a local church because of illness. Talk of church, not religion mind you, but the social institutions surrounding church, filled every conversation.

I had a short but uplifting conversation with a Jehovah Witness about child sexual abuse in her religion. She openly acknowledged the problem and talked about what her church was doing to combat the problem. The conversation caught the ear of a few baptists who where happy to add that their churches did not have the problem. I did not offer an opinion.

I spoke with several people who were attempting to put their lives back together in some small way through the social services offered by their churches. I was surprised by how freely people offered to talk about problems and by how they looked to a church as their way out. It could be the funeral talking though. People loosen up at these things. I think its part of the healing process.

I was not asked if I were a Christian. I think it was assumed. When the pastor asked me if I was a pastor, he accepted my atheism without comment. I think he was performing a function and would not move off his script for any reason. He was there to offer comfort, which he did well.

Religion seems woven into the fabric of the community. The assumption is belief. For example, the local news offered school and church closure information because of a winter storm. The local radio station talked about mid-week church services and prisoner outreach programs. Church signs were full of uplifting messages and schedules for upcoming events.