Another one bites the dust…

Poor Catholic youth pastor Mathew Abid. Pleading guilty to criminal sexual conduct means you must go to prison. I bet you really regret molesting that 15-year-old girl. Well, if you don't regret it now, you will in a few months.

The measure of a person is in what they do. You may be a pastor. You may have a heartfelt and tragic personal story. You may even run your own church. But when you treat people like shit, the battle is lost. You are a bad person and you failed in your mission. We see the God you claim to represent in your actions. And honestly, your God is unattractive.

Self appointed pastor Alois Bell is a bad person. If you don't believe me, read her story.

Christopher "Ryan" Crossno was arrested after becoming aroused while holding a six-year-old female student on his lap.

I really don't know what to say… Baptists scare me.

The alleged crime occurred at Spring Creek Baptist Church. Back in 2009 youth pastor Jonathon Giles was arrested on charges that he had sexual contact with several teen girls.

Giles was said to have exchanged inappropriate text messages before and church services with one 16-year-old girl. He was also accused of asking a 17-year-old girl for sex and touching the breast of another minor teen. After the investigation revealed Giles' text message activity to the young women, he resigned from his position with the church.

What are they teaching at Spring Creek Baptist Church?

Ronald Pyles, 59, and the pastor of the Victory Harvest Ministry in North Jackson, is facing charges of two counts of rape and gross sexual imposition for raping a 20-year-old developmentally disabled woman at his shelter in 2010.

Prosecutors said the alleged victim had been living at the Victory Harvest Ministry following the death of a relative. Charges said the rapes occurred during a six-month period between October 2010 and April 2011.

Um… I think Pyles is on his way to now prison too. It's been a hard week for pastors. Pyles ws convicted on one found of rape and one count of gross sexual imposition.

Other witnesses included the woman's case workers from the mental retardation agency and children's services.

I'm pretty sure than when a developmentally disabled woman gets on the stand and says her pastor raped her, the defendant is a dead man. Prison will be hard on Ronald Ryles; very hard.

The trial of Arthur Schirmer, profiled here, is just getting underway. The former Methodist pastor stands accused of murdering his wife. The case looks pretty tight. I think Schirmer is just a few weeks from a long visit to prison.

Opening statements are scheduled to begin at 9 a.m. today in the trial of Schirmer, 64, the former pastor of Reeders United Methodist Church in Jackson Township accused of murdering his second wife, Betty Jean Schirmer, 56, in 2008. Authorities contend he loaded the dying woman into the couple's 2007 P.T. Cruiser and staged a low-speed car crash on state Route 715 to help substantiate what the Monroe County District Attorney's office holds was nothing more than an elaborate cover story.

The trial may last as long as three weeks, and some 40 witnesses are expected to take the stand. Meanwhile, Schirmer is also awaiting trial in Lebanon County for the 1999 murder of his first wife, Jewel Schirmer, 50.

Schirmer may have killed his first wife too.

Cases like this one allow me to build a body of evidence to refute the notions the pastors are holy men, and that being a Christian makes one moral. Both assertions are nonsense. Pastors who murder are a rare breed, but Schirmer is not unique. There are many others. In most cases like this, sex and infidelity are often the motive. It is true in this case.

State Police Trooper William Maynard's investigation into the suicide quickly discovered that Musante's wife, Cindy Musante, 47, was involved in an extramarital affair with her boss and pastor, Arthur Schirmer.

The good man of God was banging his secretary at the time of his wife's death. His secretary's husband killed himself on the pastor's desk. Move along folks. There is nothing to see here.

Schirmer is also charged in the death of first wife. Pastors… pft.

Former Baptist youth pastor Brandon James Carter accepted a plea deal that will put him in prison for less that two years for kidnapping and taking indecent liberties with a 13-year old girl. He molested the girl while she was asleep.

He was sentenced to less than two years in prison. Once released, Carver will be on probation for nearly three years and be added to the Sex Offender Registry for 30 years.

Carter was arrested in March 2012. At the time he was serving as youth and music minister at Mount Zion Baptist Church in Cherryville. The allegations against Carter were separate from the church, but he was asked to resign after his arrest.

Brandon Carter was 33 at the time of his arrest. He was the music director at Mt. Zion Baptist Church. The molestation occurred in 2004.

Another Baptist bits the dust…

Remember this face. It is the only way young Yaseen Ege will live on… In memory only. He died because he could not memorize the Koran. 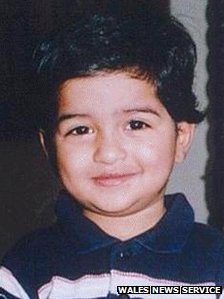 Yassen's mother murdered him. She beat him over a period of three months and then beat him to death on the last day of his short life. His mother is a monster.

The judge told Sara Ege, 33, she subjected Yaseen Ege to prolonged cruelty and a ferocious beating at home in Pontcanna, Cardiff, in July 2010.
She also set fire to his body, and was convicted after a five-week trial.
Ege collapsed as the sentence was read out at Cardiff Crown Court and had to be helped from the dock.
Source: Sara Ege: Life jail for son's murder over Koran studies

What is that saying that is so popular these days? Religion ruins everything!
Posted by Mojoey at 7:37 PM

Did you hear Huell Howser died?

My wife asked me this questions when she walked in the door after work. My response was from the heart. "Ah hell… no fucking way." I loved Huell Howser. I loved his shows, his personality and his friendliness. I never had the pleasure of meeting him, but I'm sure he was a good guy. There is no way to fake what he brought to his viewers. R.I.P. Huel Howser.

The L.A Times does a much better talking about him. So does NPR.
Posted by Mojoey at 5:24 PM

You shall know them by their fruits

Matthew 7:16 - You will know them by their fruits. Grapes are not gathered from thorn bushes nor figs from thistles, are they?

I think of Matthew 7:16 every time I read about a church doing the wrong thing. It reinforces that, although people claim to be Christians, they often do not act like it. Especially if it involves money or sex… or both. Take the actions of Victory Christian Center, a mega church out of Tulsa. They are asking for the dismissal of a civil suit by the mother of a 13-year-old rape victim.

According to the Associated Press, the Victory Christian Center will argue in a hearing on Monday that the child’s mother is not entitled to any monetary relief under the law. She is seeking more than $75,000 in damages.

The suit accuses employees at the center of not reporting the attack by Chris Denman, a former church janitor.

I posted on the case in September under the title, Megachurch. Megabusiness. Begaproblem. The case was a stunning example of corporate stupidity. The church clearly did not report the rape. It's already in evidence. They own this mistake.

The church is at fault. They may not have raped the child, but they clearly handled the post-rape situation improperly. They are responsible at least in some small measure for what happened to the victim. What would a good Christian do here? Would they take responsibility and pay the $75k, or would they claim innocence and tell the victim to piss off? I don't need to tell you what they are doing. Right?